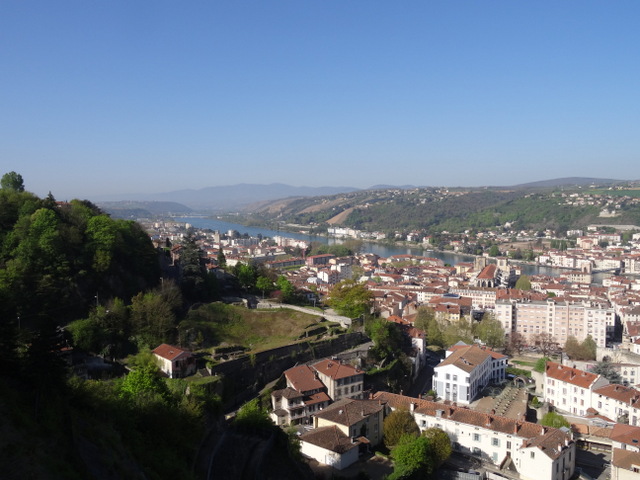 After a hectic week marking three hundred odd copies, I had a strong desire to prendre l’air and escape the city for a few hours. I didn’t fancy travelling far and after debating the various merits of a few nearby towns I settled on Vienne, which many moons ago was a hub of the Roman Empire under Julius Caesar. The lively town centre is filled with winding streets, squares bordered with cafés and traces of the Roman era.