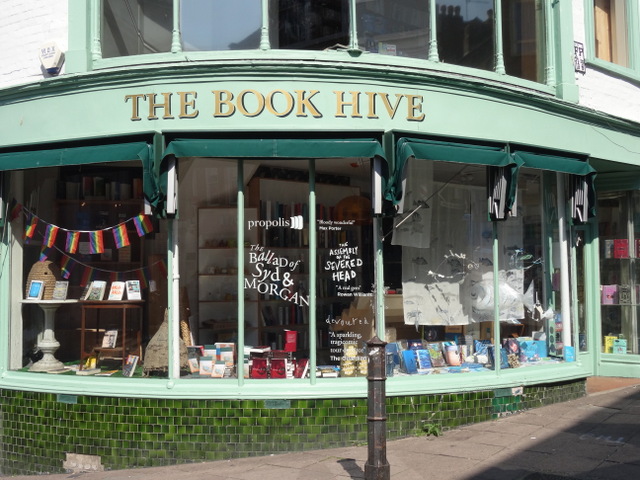 Earlier this summer, one of my colleagues had the inspired idea of setting up an informal book club. Three Doodle polls later and we’ve read Normal People (did the economical verging on unimaginative prose grate on anyone else?) Educated (which I loved; more below) and are soon to discuss My Year of Rest and Relaxation (which I wasn’t overly keen on, but am still weighing up). I’ve not enjoyed every book, but I have enjoyed reading outside my crime and memoir comfort zone. If anyone has any book club recommendations, I’m all ears!

Meet Thelma, a workaholic, and Louis, her only son. One Saturday, sensing his mother is (as per) preoccupied with work, Louis sets off on his skateboard. He’s hit by an oncoming lorry and, in that moment, Thelma’s world falls apart. If Louis shows no sign of improvement in four weeks, his life support will be switched off. When Thelma discovers Louis’ carnet de merveilles – a notebook filled with Louis’ hopes and dreams for the future – she decides to complete them in his place and recount them to him, in the hope that if Louis hears of his adventures, he’ll realise how beautiful life is. First stop: the bright lights of Tokyo. True to the endorsement on the cover, this is “le livre qui vous fera pleurer de bonheur” [the book that will make you cry with happiness]. Note: The English translation of La Chambre des Merveilles has been published under the title The Book of Wonders.

The January Man, in a nutshell, is a tapestry of the British countryside – an ode to its landscapes, traditions and history – framed by the folk song of the same name. Month by month, Somerville takes in the length and breadth of the British Isles, from the lamb-filled fields of Nidderdale to the salt marshes of North Norfolk and the remote Isle of Foula with its precarious cliffs. Along the way, he brings the region’s traditions, wildlife and history to life, weaving together current walks with routes he once followed with his father decades prior. The January Man constantly had me wanting to pull on my walking boots (and waterproofs – this is Britain, after all) and head for the hills.

Full disclaimer: I pulled Killing It out of a book sale box thinking it was a thriller. It’s not – but by the time I’d taken a closer look at the blurb, I was intrigued. Camas Davis is at a crossroads: behind her lies a decade-long career as a food journalist; ahead, a thirst to learn the art of butchery and understand how her food gets from farm to fork. In Gascony, Kate Hill takes Camas under her wing, introduces her to local farmers, producers and food-lovers and opens her eyes to a way of life which values contentment, community and authenticity above all else. Back in the States, Camas attempts to translate what she’s learnt in the Gascon countryside to the Portland foodie scene and launches the Portland Meat Collective, a hands-on meat school which, ten years on, is still going strong. Camas’ journey of self-discovery is illuminating, inspiring and thoroughly enjoyable.

Tara Westover grew up preparing for the End of Days, bottling peaches in summer and rotating supplies in winter. She didn’t have a birth certificate. She’d never set foot in a classroom, nor a hospital. On paper, she didn’t exist. With each passing year her father became more zealous, her brother more violent. Educated charts Tara’s quest for knowledge, from her childhood bedroom to the classrooms of Brigham Young University and, later, Harvard and Cambridge, and explores the transformative power of education and the price which it comes at. Educated is haunting, mesmerising and uplifting in equal measure – and I wouldn’t hesitate to recommend it.