My stint as a lectrice was one of the most challenging experiences I’ve ever had. I jumped through endless (mostly bureaucracy-related) hoops, navigated the complexities of teaching at a university in a foreign country and almost worked myself into the ground in the process. Despite – or perhaps in spite of – all the obstacles, setbacks and challenges that were thrown my way, it also turned out to be one of the most rewarding things I’ve ever done. It taught me a lot about my capabilities and aspirations, my fortes and flaws. Had it been plain sailing, I’m certain I wouldn’t have learnt half as much as I did.

One thing I quickly realised was how little I knew about the job, and all that it entailed, prior to moving to Lyon. With that in mind, I’ve been jotting down odds and ends: little nuggets of information I wish I’d known beforehand; activities and lessons that worked particularly well. I penned monthly updates during my time in Lyon which will have given you an insight into my time abroad, but I’ve got a couple of other posts up my sleeve on life abroad and my job while I was based in Lyon.

You might just want to pour yourself a brew (or a hot chocolate, if that’s more your thing), as this one’s a long one, but I hope it’ll prove useful to anyone considering life as a lectrice (or lecteur, if you’re a guy). 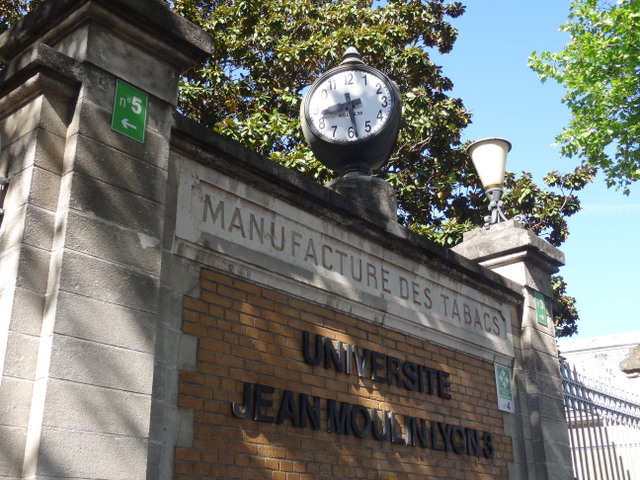 1 | I learnt a gazillion and one things about other Anglophone countries. Prior to this, I had a very hazy knowledge of Irish, US and Australasian history and culture. When it came to LANSAD* classes, I had carte blanche with the curriculum. Admittedly, when you’re unfamiliar with a region it takes some time to devise a rough programme of topics to cover, but I thoroughly enjoyed the research and planning once I got going. I loved teaching extracts from 12 Years a Slave, including topic-related songs in my classes and learning about Māori culture. (*These are classes for students who are studying another subject, such as literature, history or another language, but who are obliged to take classes in English.)

2 | By and large, there was very little need to discipline students. If a couple of students weren’t being cooperative, a collective chut from their classmates usually made them toe the line. I never felt the need to raise my voice to enforce discipline, and found that usually pausing for a moment or two was enough to make any chatterboxes realise they were the only ones not paying attention. I had thought that being the same age as, and in some cases younger than, my students could cause problems, but they simply never clocked that I was only twenty-two! (It was only at the end-of-year do for my postgraduates that their inquisitiveness got the better of them, and I told them my age. Their reactions were priceless!)

3 | Make no mistake about it, the holidays in this job are pretty darn good. As I only taught TD (travaux dirigés, a rough equivalent to seminars in the UK but with much bigger class sizes), each semester was ten weeks long, with a week’s break in the middle. I then had most of December and January off, which I used to plan curricula for the second semester. This whizzed by and was over by mid-April, leaving me with a couple of months to enjoy the sunny weather, melt in the lecture theatres while invigilating exams and mark a hundred or so exam papers before returning to the UK. Contracts last twelve months (and can be renewed once), so while I came home at the end of June, I was still paid until the end of August. That said, although the holidays are plentiful, there’s no magic baguette that will wave away your workload; lessons don’t plan themselves, so it’s worth figuring out whether you intend to plan as you go or plan everything in bulk during the longer breaks between semesters. (On a side note, I love the fact that baguette has two meanings – one being the iconic, crusty bread, the other being the object all us Muggles covet.)

4 | The hundreds upon hundreds of copies, often scrawled on graph paper in illegible script. Week in, week out, there would be a stack of copies sitting somewhere in my bedroom, waiting for me to go through them with my multi-coloured biros in hand. Depending on the sort of classes you have, you may have more contrôles continus (broadly speaking, these are in-class assessments, though they can be set as take-home papers) than terminals écrits (end of semester written exams) or vice versa. (I can tell you from experience that marking four hundred papers in a week is the definition of not fun.) Students’ copies often contain unintentionally hilarious mistranslations (like ‘drowning houses’), which go some way to keeping spirits up. At first, it can be daunting knowing the marks you give contribute to these students’ degrees, so don’t hesitate to cross-check a few papers with colleagues to be sure you’re in the right ballpark.

5 | Organisation, or lack thereof, was something I never quite got used to. Somehow, my timetable had been muddled up with someone else’s, meaning I had no access to registers for the first few weeks. (Luckily, I got round this by asking students to write their names down on a piece of paper, but reading their handwriting sometimes proved a challenge.) There was never much advance notice for the surveillances (exam invigilating), which could be a real nuisance at times. In France, dernière minute is practically a way of life – and not one that I could get on board with, as running round like a headless poule at the last minute is not my idea of fun.

6 | CervoPrint deserves its own special mention. Oh, how I hated this system. Large quantities of printouts had to be printed via CervoPrint, and had to be submitted two weeks before you needed them; the knock-on effect was that the lesson itself had to have been planned at least two weeks before you intended to teach it, somewhat hampering spontaneity when it came to activity ideas and lesson plans. On the upside, it did mean I didn’t have to spend ages standing by a printer waiting for all my printing to come out.

7 | As a lectrice, you’ll have the option to take on heures supplémentaires, on top of your contracted hours (200h TD or 300h TP/year). Don’t be too alarmed if you find they’re already built into your timetable; that happened to me. You’ll be paid for these in a lump sum at the end of June, which can be both a blessing and a curse.

8 | When I was at school, I used to think invigilators had it good. What could be better than being paid to do nothing other than walk round an exam hall? Turns out, it’s actually a pretty tedious thing to do. I rarely had more than one morning and one afternoon session of invigilating per exam season, but for those few hours I invigilated, it was almost as if time stood still, the minutes reluctant to tick by. As it happened, the thing that really bugged me wasn’t the invigilating, rather it was the other invigilators who didn’t do their job: those who indulged in a good book; those who sat marking their own copies; those who had the cheek to ask students sitting the exam in question for a pen so they could do so.

9 | In the UK, standard teaching hours are usually 09:00 to 18:00 at universities. In France, it was une autre histoire. Classes ran from 08:00 to 20:00, effectively meaning you could end up with some rather early starts and pretty late finishes in your timetable. Most days, I had a few hours here and there; some mornings, some afternoons. Mondays were a different kettle of fish: I was in the whole day, all twelve hours of it, with nine hours of classes. (On a side note, most classes last ninety minutes, but some can be as short as an hour and others as long as two.) That said, having one jam-packed day did mean I managed to timetable in a couple of entirely free days, which was a massive plus.

15 thoughts on “Life as a Lectrice: the Good, the Bad and the In-between”