Spring has finally put in an appearance and, after January’s sub-zero temperatures and February’s perpetually grey skies, life feels a little brighter as a result. (The fact the end of term is just over two weeks away may also have something to do with that, but I digress.) Grassy verges in the Parc de la Tête d’Or are covered in swathes of golden daffodils, bees are buzzing amongst the blossoms, and primroses, forget me nots and daisies are abound. 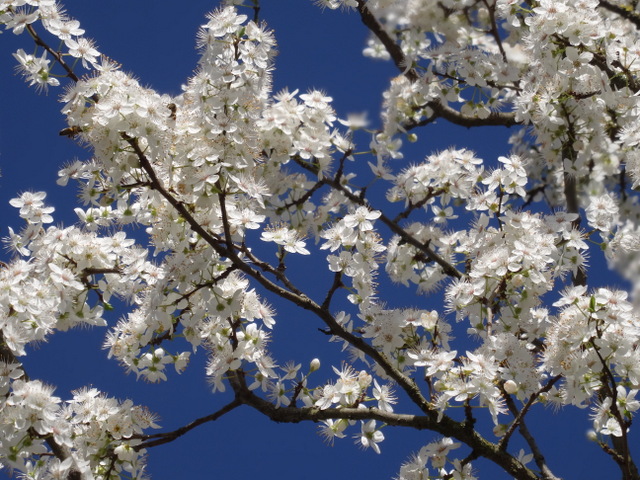 Although exams and piles of marking are lurking on the horizon, the teaching side of my job has now hit the home stretch. (I’m not going to lie, it will be a relief to see the back of the in-term assessments – I’m looking forward to next week’s pile of 400-odd about as much as I look forward to a trip to the dentist.)

March has certainly played host to some memorable moments in my (short) teaching career, including: making three minutes’ worth of commercials last a full ninety-minute class; an absolutely side-splitting “press conference” activity with my postgraduates; and a translation text on toilets, which turned into an opportunity for my students to showcase their knowledge of English expletives. For my postgraduates’ final assessed presentation, I decided to take inspiration from one of my favourite TV shows: Room 101. Topics chosen ranged from “people who don’t finish their sentences” and “French people on holiday” to “candidates in the upcoming election” and “driving tests”. (Apparently in France, passing the theory test is a prerequisite to being let loose on the roads. Given the – ahem – questionable driving abilities of drivers here, I’m not so sure it makes a difference.) The anecdotes and gestures which accompanied the presentations resulted in tears of laughter all round!

A couple of weekends ago, I ventured over to the Centre d’Histoire de la Résistance et de la Déportation (CHRD), a museum that had been on my to-see list from the off. When France fell to the Nazis, Lyon simultaneously became a hub for German occupying forces and the lynchpin of the French resistance movement. The city’s network of traboules – secret passageways connecting buildings, typically found in Vieux Lyon and the Croix-Rousse – prevented the Germans from seizing complete control and facilitated the movements of resistance personnel. The CHRD pays tribute to the resistance movement and also to those who were deported from the city and, in many cases, never returned. Although a very text-heavy experience, it was nonetheless an interesting and informative visit; the footage from Klaus Barbie’s trial was particularly heart-wrenching. I ended up purchasing a Carte Jeune Musées, which at only €7 provides me with free access to Lyon’s six municipal museums and is valid for a year from the date of purchase. Since a reduced entry ticket for the CHRD costs €7 anyway, I figured I may as well benefit from access to other museums too.

Last Friday, I attended the Gala des Master, which was held at Le MoMa (Maintenant On Mange Autrement). I’d never been before, but had passed it once or twice; the light fixtures adorned with dozens of wine glasses drew comments from students and staff alike. I caught up with most of my students – a good opportunity for me to practise my French, even if the loud music made it difficult to understand everything that was being said – and they introduced me to other colleagues in the IAE. Their faces were an absolute picture when they discovered that I’m only 22 – apparently they’d reckoned I was 23, or 24 tops. As it turns out, a lot of them are a year or so older than me – and subsequently toasted to “la vieillesse” (old age).

On Saturday, I spent a couple of hours wandering round the Musée d’Art Contemporain (MAC). Los Angeles, une fiction was full of quirky pieces which I rather liked; Frigo Generation 78/90 was less my thing. Evan Holloway’s Indoor Light and Sandra Golden’s Missing Pieces from a Fall of Corners were two of my favourites – the latter purely because it reminded me of Roald Dahl’s The Twits.

At the moment it’s all go – powering through the last few classes of term, marking papers and tying up administrative loose ends. Whilst end of term spreadsheets and registers remain a bit of a casse-tête, there’s nothing a segment (or three) of Terry’s Chocolate Orange can’t fix.