Eventually the noisy numpty from the neighbouring bunk turned his music off and we were able to get a decent night’s sleep ahead of our final full day in Osaka. Waking up bright and early to accommodate our full schedule, we were such keen beans that we arrived before the Umeda Sky Building had even opened for the day. To fill the time, we picked up a cold drink (i.e. more pineapple tea) from a convenience store and relaxed in the shade. By the time we headed back over to the Umeda Sky Building, it was in the process of opening for the day; a small crowd of eager beavers like us were gathered around the entrance.

After being whizzed up to dizzying heights via a combination of very fast lifts and see-through escalator tubes (see the picture below for reference) we bought our tickets and continued upwards.

We spent some time admiring the cityscape from the 40th floor, before heading up to the Floating Garden Observatory (which bears no resemblance to a garden) to check out the 360° panoramic view from the very top floor. Osaka’s cityscape is one of clustered skyscrapers and multi-storeys, helipads and rooftop pools; greenery bordered the river and leafy trees lined the roads and sprouted out between buildings. 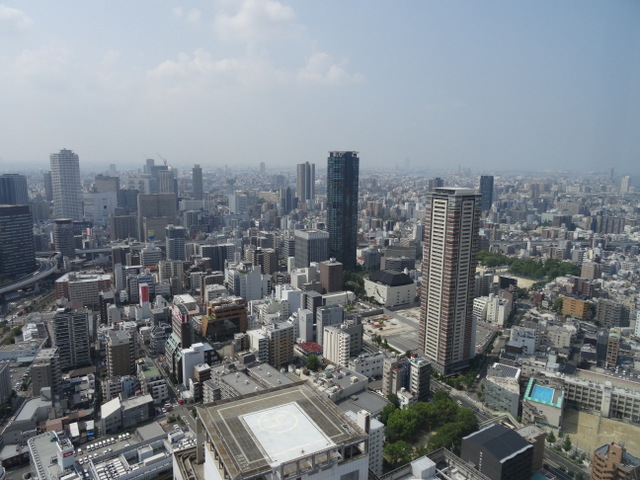 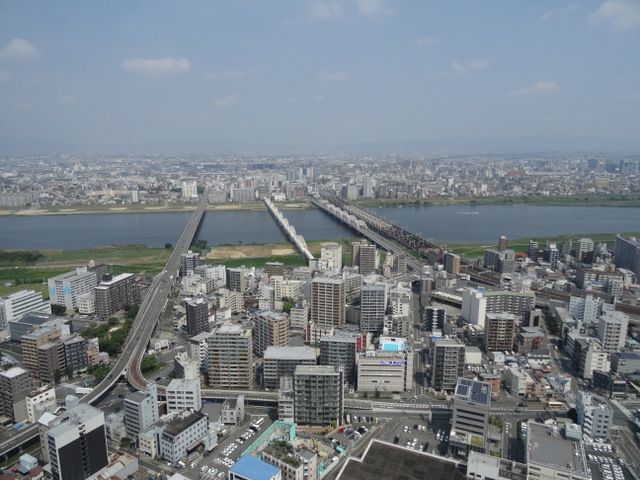 An hour or so later, we tootled off in the direction of Nakazakicho, an area known for its leafy back streets filled with laid back cafés and boutique shops. Unfortunately for us, Obon festivities were still in full swing here and many of the local shop and café owners had closed up for the week. As such, we simply moved on to Tenjinbashisuji, which at 2.6km long is Japan’s longest shopping street. We took in a large chunk of it before picking up some snacks for lunch and finding a bench in the shade in Ogimachi Park.

With lunch consumed and the rubbish stowed away in our bags, we followed the shopping arcade south before heading east to the Japan Mint. Entry was free, though all the signs were in Japanese. The mint was full of interactive displays and cases upon cases of Japanese limited edition coins. We particularly liked the coin sorters – we dropped coins into the machine which then detected their weight and deposited them into boxes according to their value (all coins are returned by the machine). The 3rd floor was by far my favourite: display cabinets filled with commemorative coins. Rio 2016, Star Wars, prefectures – you name it, there was a coin commemorating it. 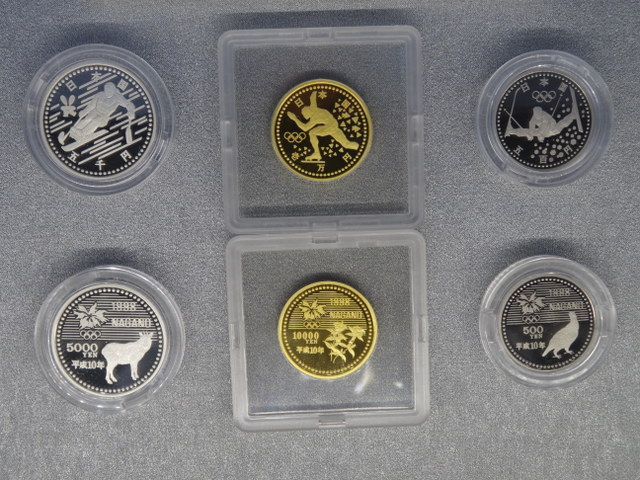 Leaving the mint behind, we wandered along the riverside towards Osaka Castle. Encircled by a wide moat and an immense fortified wall festooned with vegetation, Ōsaka-jō looked every bit the imposing fortress (albeit a reconstructed one, as the original was destroyed during WW2). Crossing the moat, we wandered round the grounds taking photos of the castle and its treasury.

Later, we exited the fortified complex and strolled through parkland towards the nearest subway stop. Back in the Shinsaibashi area, we cooled off with a McFlurry Banana Tart (how does this not exist over here?!) before wandering around Dōtonbori and stumbling upon these marvellous sculptures.

For tea we found some freshly-fried tempura, which Laurence followed up with some pork ramen at an eatery a few doors down. Afterwards, we wandered around looking for a supposedly beautiful illuminated bridge, only to discover it wasn’t illuminated – for who knows what reason – on that day.

When we woke the following morning, neither of us could quite believe it was our last day on Japanese soil. Time really does fly when you’re having fun – though it seems that it always flies faster when you’re on holiday! After a speedy on-the-go breakfast, we scouted out Namba Yasaka Shrine. Taking the form of a lion with the shrine located within its jaws, this was hands-down the quirkiest shrine we saw! As there was no one else around, we resorted to balancing my camera on a nearby bin to get a picture of us both with the shrine – classy, as per. 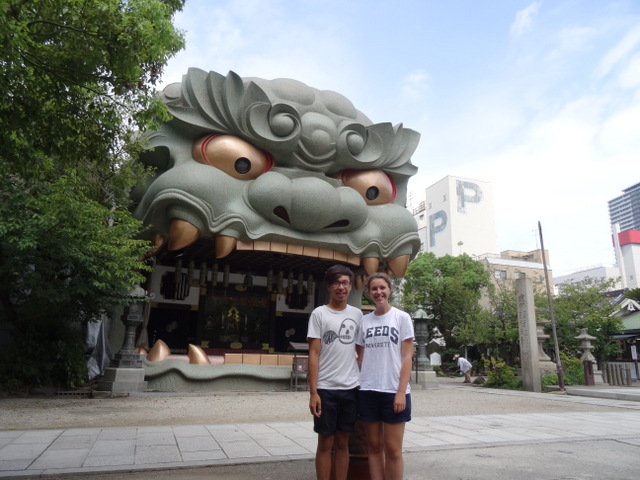 As we wandered towards the canal, we couldn’t help but giggle when we came across some PSY street art.

After a detour via Hozen-ji Temple, surrounded by moss-covered statues, and a final McFlurry Banana Tart it was time to make our way to Kansai International Airport. From the plane window, we saw a gorgeous sunset of yellows, oranges and reds. We arrived into Hong Kong ahead of schedule; I conveniently finished Bridge of Spies just as the plane began its descent. One day, I hope to return to the Land of the Rising Sun – but in the meantime, stay tuned for the last few posts on our adventures in Hong Kong.

7 thoughts on “Osaka: Over and Out”