Forget idyllic snapshots of the Mer Méditerranéenne, for over the past month I’ve been drowning in the Mer de Bureaucratie – my apologies for the horrendous pun, but the analogy is just indescribably accurate. Practically a cultural institution, the formidable administration gleefully creates more paperasse (red tape) than anyone should ever have to deal with in their lifetime and, more often than not, not even its devout worshippers (read: personnel) can be bothered to deal with it. Fortunately, there’s an exception to every rule and last week the marvellous Mme Goudet resolved 99% of my administrative problems with one swipe of the keyboard. The reason for my problems? There were two Mme Mahers at Université Jean Moulin Lyon 3, and someone, somewhere, had muddled up the details in the system. I’ve never come across someone with my surname before, so imagine my surprise when that turned out to be the reason behind the timetabling chaos!

September disappeared in a flash and aside from the various administrative problems all is going swimmingly au travail. From Prohibition and Dragons’ Den to space tourism and staycations, I have accumulated a wealth of information that’s sure to come in handy for future pub quizzes. Or just future viewings of Pointless. I’m slowly getting to grips with the French marking system; for the uninitiated, below 10 is a fail, a 12/20 is considered pretty good and a 16+ a pipe dream. “Madame, which part of America are you from?” is a question which never fails to amuse me; one student’s response of “Oh so you’re British? You’re the first English teacher I’ve had who’s actually from England” tickled me pink! 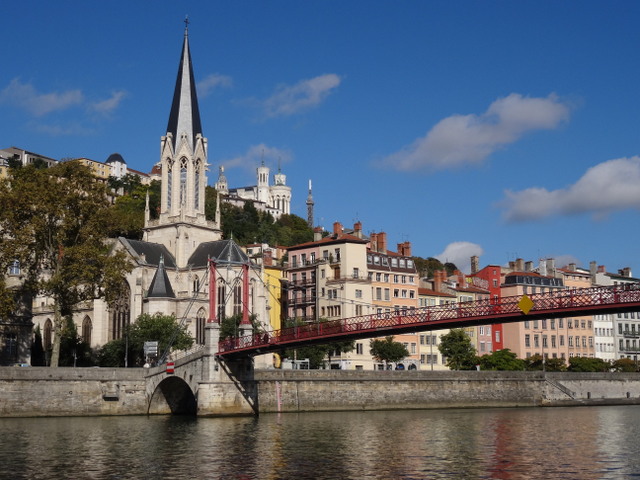 A few weeks ago I squeezed in a long weekend in Paris (in-depth posts to come in due course) to meet up with Laurence. Despite planning a relaxing weekend, we hurtled round the sites anyway and discovered that neither of us are very good at taking things slowly. We made full use of our 18-25 EU citizenship while it lasts and enjoyed free entry to the towers of Notre Dame, the Arc de Triomphe, the Musée d’Orsay and Sainte Chapelle; the only attractions we paid for were Sacré Cœur and the Catacombes. In order to fuel our quest to see as much of Paris as was feasibly possible in a weekend, we consumed an ungodly amount of delicious flaky pastries: everything from the well-known pains au chocolat/raisin to torsades au chocolat (chocolate twists) and chaussons aux pommes (apple turnovers) crossed our lips.

Autumn has well and truly arrived, bringing with it some ferociously cold weather which makes Britain seem tropical in comparison. Our flat began to feel sub-arctic and hibernation was beginning to look like a viable solution. Fortunately, higher powers subsequently deemed it cold enough to mettre le chauffage en marche so we’re now able to get by without spending entire days in a self-constructed duvet nest.

The weekend before last after dinner chez Carole (consisting of a delicious homemade smoked salmon and crème fraîche tart followed by fruity compôtes), Carole, Julien, Marion and I headed up to the Croix Rousse for Grace’s crémaillère (house-warming party). I spent most of the evening chatting away to Julien and Marion (Carole’s cousin and his girlfriend), who taught me a lot about bizarre French housing laws, which are very pro-tenant. For example, tenants cannot be evicted between November 1st and March 15th, even if they’re not paying their rent. No wonder landlords require dossiers the thickness of the complete OED and have a reputation for grumpiness.

I’ve also had a hiking fix, in the form of a lengthy hike to the summit of the Col du Grand Colombier (1501m) in the Jura. I’ll save the details for a future post, but suffice it to say that the company of the other assistants and the panoramic views of the Rhône Valley and the Alps (including Mont Blanc) made the leg pain for days afterwards worthwhile! This past weekend was a much-needed low-key affair. On Friday evening I wandered down to the Musée des Confluences – 5km away from where I live – to meet Agathe, my Parisian housemate from my final year in Leeds. Over drinks and croissants/cookies at Paul we had a lovely catch-up, discussing summer holidays and laughing over tales of French bureaucracy. 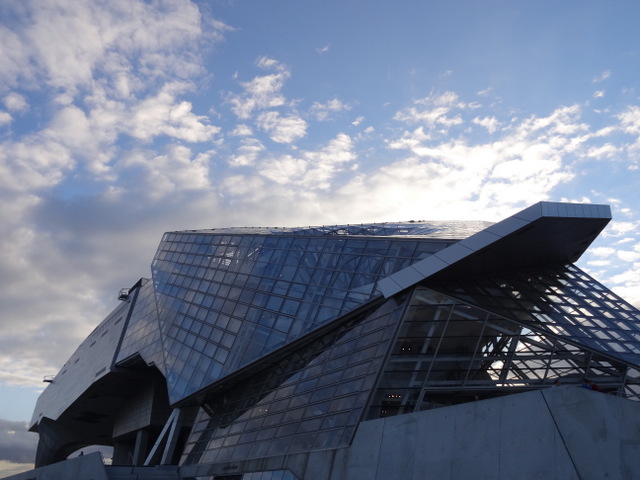 The following day Isabelle – a German assistant whom I met on the hike – and I did a comprehensive circuit of the Parc de la Tête d’Or to admire the autumnal colours, adorable zoo animals, greenhouses . . . and pumpkins. It turned out to be the Festival des Courges, so naturally tons of the biggest (weighing in at 200+kg) and weirdest-shaped pumpkins were on display in the park.

Pumpkin viewing was followed by a trip to La Broche (14 Rue Romarin) for a bite to eat; the delicious crusty roll filled with marinated chicken and fresh vegetables was a handful of heaven. I’ll be back, that’s for sure. 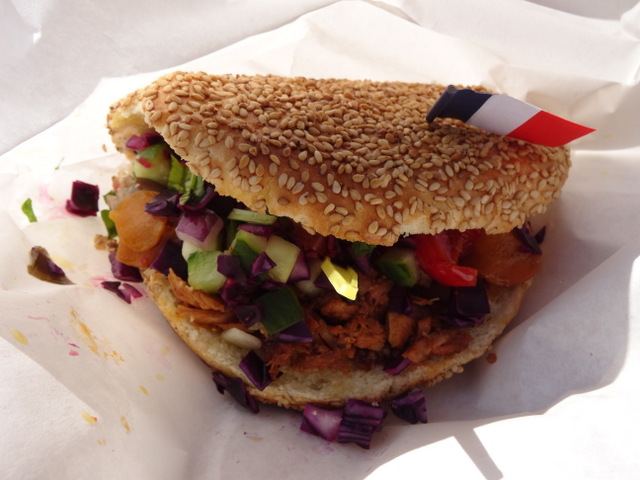 With the weather rapidly turning wintry, I decided to use a line (Passe l’automne vienne l’hiver/ Let autumn pass so that winter may come) from one of my favourite songs by Serge Gainsbourg as the title; it’s somewhat more poetic than Game of Thrones’ “Winter is Coming”. It’s been in the pipeline for quite some time, but at some stage I will put pen to paper (or rather, my fingers to the keyboard) and write a homage to my favourite French singer-songwriter/ all-round musical genius.