Located in the North West of England, the Lake District is one of the UK’s most scenic national parks. The spectacular landscape, which features stunning glacial ribbon lakes bordered by picturesque market towns and villages nestled in the foothills of the surrounding fells, attracts almost 16 million visitors annually, making it the UK’s most visited national park.

After a jam-packed university term, a weekend break in the Lakes seemed like the perfect way to relax, even if I did have to prepare for an interview whilst there! (Thanks Laurence for all your help!) Keen to make the most of our limited time, we boarded an early train from Leeds, arriving (two changes and an extra ticket later) in Windermere around half past eleven. From Windermere railway station, we walked south to Bowness-on-Windermere; it’s a short and easy twenty-five minute walk, or you can catch a bus from the railway station.

Bordering Lake Windermere, Bowness-on-Windermere is – come summertime – a tourist honey-pot, bustling with visitors. Luckily for us, visiting just before Easter meant that we avoided the crowds and were able to enjoy exploring the town and surrounding area in peace. After a quick bite to eat overlooking the lake (whilst desperately hoping the swans would stay well away from our sandwiches!) we decided to make the most of the glorious weather (read: blue skies, sun . . . and sunburn) and take a boat to Ambleside on the northern edge of the lake. Windermere Lake Cruises offers several routes; we chose the red route as we wanted to see more of the rugged fells that the Lake District is so well known for. Lake Windermere is England’s largest natural lake, at ten and a half miles long and a mile wide at its widest point.

As we cruised across Lake Windermere woodland gave way to rolling hills, and, eventually, the imposing peaks that define this region as a walker’s paradise. Our boat docked at Brockhole, home to the Lake District Visitor Centre, en route to Ambleside; we chose not to alight as we were short on time, but I would definitely consider visiting it on a future visit. 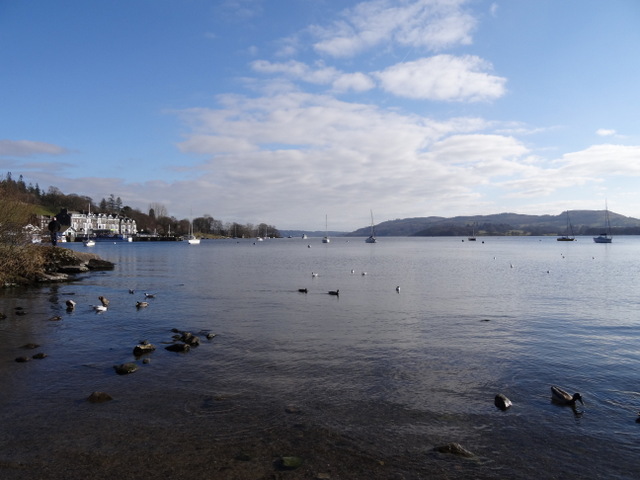 Disembarking in Ambleside, we wandered along the shoreline of the lake, before continuing to Borrans Park which offered impressive vistas of Lake Windermere. Leaving Laurence to play about with long-distance exposure photos, I wandered off to explore the other side of the park. The colourful outcrops of daffodils and crocuses were beautiful, and so photogenic. 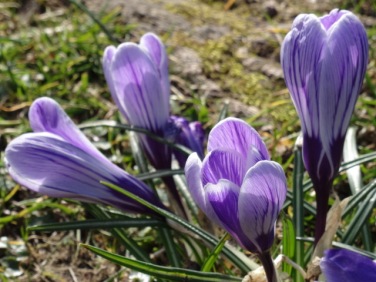 We then decided to investigate the remains of a Roman fort, thought to be that of Galava, in the adjacent field. Maintained by the National Trust, the remains left a lot to the imagination; fortunately the information plaques helped give an idea of what the fort may have looked like many centuries ago. Undoubtedly the best bit of this impromptu adventure was the fact we were free to wander amongst the ruins at leisure. 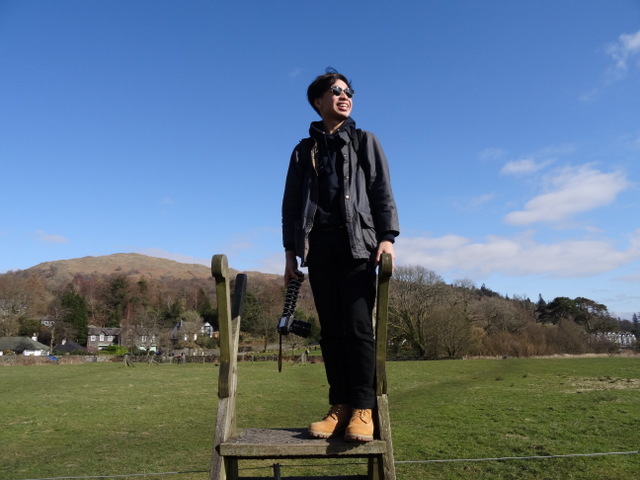 After admiring the stunning mountain views from the fort, we made our way into the centre of Ambleside; it’s a short twenty minute walk from the pier. Filled with traditional stone buildings, independent coffee shops and boutiques, Ambleside was a quaint fairy tale-esque town. Whilst exploring the town we came across an ice cream cart . . . and with glorious weather and local ice cream at £1 a scoop, who were we to say no? Ice creams demolished and time not on our side, we decided to make our way back to the pier . . . just in time to join an enormous queue of other people who had decided to do the exact same thing! Fortunately for us, another boat was put on so we didn’t have to wait too long to return to Bowness-on-Windermere. 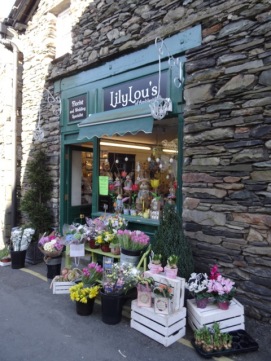 Sailing back across Lake Windermere, we were treated to yet more spectacular views of the surrounding countryside. Imagine living in one of the houses overlooking the lake and seeing this view every day! 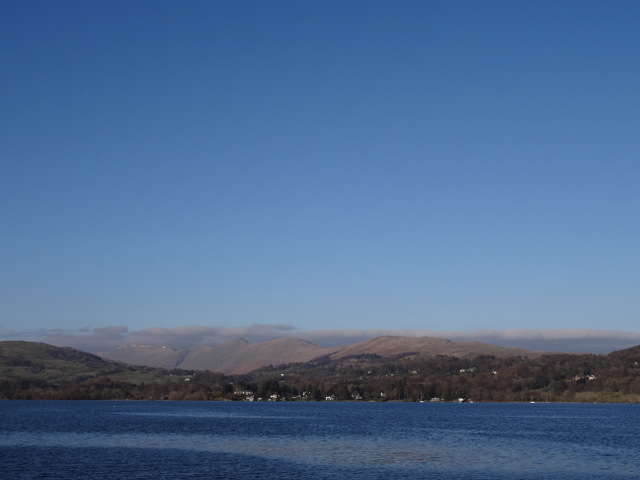 Once back in Bowness-on-Windermere, we wandered along the shoreline admiring the views and the many gondola-style boats which adorned the shore. Although we ran out of time to visit The World of Beatrix Potter (aka the land of Mrs Tiggywinkle, Jemima Puddleduck and Peter Rabbit), we enjoyed exploring the town before making our way back to Windermere. From there, we caught the train to Kendal, a large market town on the edge of the Lake District. 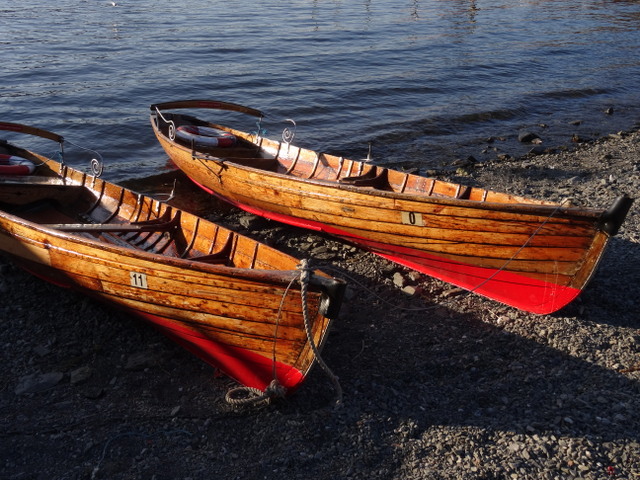 Arriving in Kendal, we made our way to the aptly-named Kendal Hostel, where we were staying for the night. It was reasonably-priced, had all the amenities we needed . . . and a furry guardian, in the form of a beautiful ginger tomcat, called George. At the recommendation of the hostel staff, we sought out The Globe Inn for tea – and it didn’t disappoint! The breaded plaice was delicious, and although I didn’t have room for dessert (which rarely happens), Laurence assured me that the rhubarb crumble was equally moreish. Stomachs satisfied, it was time to head back to the hostel so we could make the most of our second day in the Lakes – stay tuned!

3 thoughts on “A Lake District Adventure: Part I”