With 93 miles of unspoilt beaches, vast expanses of open countryside and The Broads, Norfolk has a veritable quarry of stunning natural features. The Norfolk Coast is a designated AONB (Area of Outstanding Natural Beauty) – and if you visit any of the pretty seaside towns, you’ll certainly see why this is the case! If that’s not enough to convince you that Norfolk’s worth a visit, consider this: it’s the combined sunniest and driest county in England. That’s saying something, right?

No trip to Norfolk is complete without at least a day spent wandering around its biggest city: Norwich. It’s a dynamic metropolis of centuries-old history blended with modern architecture and culture. The cathedral is an obvious point of interest; the castle dominating the skyline is yet another. As the UK’s most complete medieval city, there’s a mass of quaint cobbled streets and alleys to get lost in – amongst which you’ll discover quirky independent boutiques and some of the best cafés around.

What sets this café apart from the numerous others, I hear you say. In short: the cake. When we were looking for a café, we were feeling in the mood for a decent wedge of cake and a hot drink; this little spot didn’t disappoint. There’s a large selection (read: way bigger than Starbucks/insert generic chain here) of different home-made cakes: with choices from lemon poppyseed to chocolate orange and everything in between (including gluten-free options) there’s sure to be something for all cake fiends. It’s a popular little place though, so be prepared to wait for a space.

Branded as “a beautiful secret garden in the heart of Norwich”, the description alone left me curious to find out more: after all, how many large British cities have secret gardens? (Not to mention the fact I was a huge fan of The Secret Garden when I was little.) The Plantation Garden is a beautiful, tranquil space of restored landscaped Victorian gardens: with its quaint water feature, gorgeous flowers (and other plants) and two viewpoints providing aerial views of the garden it’s easy to forget you’re just a stone’s throw from the buzzing city centre. Check their website for details of upcoming events; in the past they’ve hosted outdoor film screenings, firework displays, treasure hunts and more.

Now the home of Country & Eastern, this building was once a Victorian ice skating rink. Besides browsing the range of textiles (and other decorative items) on sale and admiring the stunning interior of this listed building, there’s also an extensive exhibition of South Asian arts on display. It doesn’t cost a penny to look around, so why not branch out and explore something different? 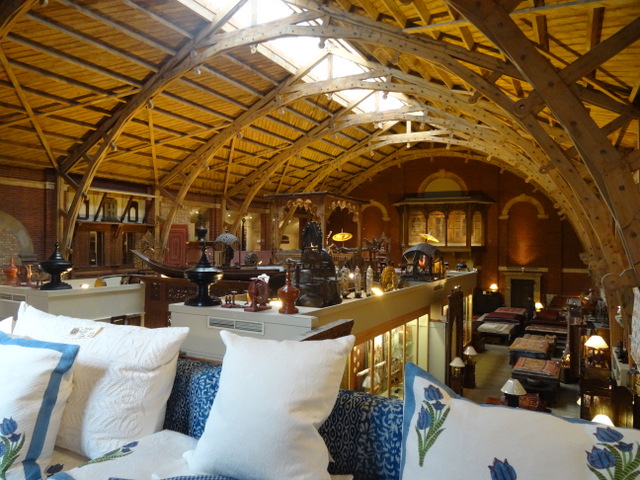 Norwich has lots to see and do – so it’s worth keeping an eye out for special events going on in the area. When I visited, the Go Go Dragons trail was almost over (if you missed it, they’ll be on display for the final time at The Forum later this month; 27th – 30th September) and we even squeezed in a wander around a local craft fair.

A popular resort on the Norfolk Coast, Cromer is a lively seaside town. No visit to the town is complete without a wander down the pier which was voted 2015 UK Pier of the Year (who knew such awards existed?!) Foodies shouldn’t pass up the chance to try the local speciality: Cromer Crab. Whilst you’re there, there’s ample opportunity to sample other British classics, such as fish and chips (try Mary Jane’s.)

When the sea is calm, the end of the pier is filled with people crabbing: long strings dangle over the edge of the pier (often with small nets attached, to catch any crabs should they fall from the bait whilst hauling them up) with bacon secured into little bags on the end. Make sure you’ve got a bucket filled with plenty of sea water for any crabs you catch; release them on the beach, as close to the sea as possible, when you leave. 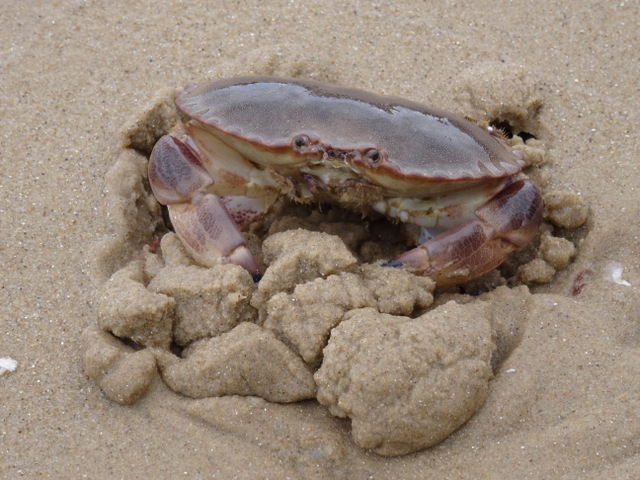 *Last year we actually managed to do just that; this time it was a slightly different story (understatement of the century: the sea was so rough we caught a meagre three.)

A few miles further west of Cromer lies Sheringham, a picturesque former fishing village turned seaside town. Lining the main street are numerous independent shops and tea rooms. YESU, the community café, offers a selection of great value drinks (including the cheapest decent hot chocolate, complete with cream and marshmallows, that I’ve ever had out) and snacks. Sheringham’s beach is one of four in Norfolk (including Cromer) to have been awarded the Blue Flag Award in 2015. For train enthusiasts, there’s also the North Norfolk Railway which links Sheringham to Holt: whilst enjoying a ride along the preserved steam railway (which also operates some diesel trains), visitors can also appreciate the beauty of the North Norfolk Coast. When we visited there was a classic cars event on, featuring around 60 T Fords; isn’t the little elephant just the cutest hood ornament ever?

For anyone seeking a break from the hubbub of the town centre, this is the answer. The Priory Maze and Gardens is home to Norfolk’s only traditional hedge maze; though it’s worth noting that while the observation platform within the maze does offer a unique view of the maze, it will not help you to figure your way out. The maze’s design is based on the nearby priory, which you can see the remains of whilst wandering through the gardens. With water features running throughout, a tranquil pine grove and several themed areas it’s well worth a detour for a relaxing afternoon.

For more information on things to do in Norfolk, the website Visit Norfolk is a great place to start researching your trip!

One thought on “Adventures in Norfolk”