Following our three jam-packed days in Washington D.C., we set off to conquer Philadelphia: home of the long-silenced Liberty Bell, full of cheese steak-seeking tourists and the American city with the closest resemblance to home.

Philadelphia was a 3 hour $5 (per person) Megabus ride from Washington D.C., and given we slept for most of the journey it wasn’t too bad a ride. (Though perhaps by this point we’d simply mastered the art of ignoring any inconveniences for the sake of cheap transit.) We spent three days in Philadelphia and stayed at The Philadelphia House, a hostel that I would highly recommend. It’s a relatively new hostel (with a sister hostel The Old City Philly House located just a few streets away) which has a 24 hour reception (handy if you have an early departure/late arrival time) and the staff gave us so many helpful tips on what to see and do in the city. There’s plenty to keep you occupied in Philadelphia, so whether you’re just there for the day or planning a weekend break here are some of Philadelphia’s highlights . . .

Reading Terminal Market is incredible. The only problem was the following dilemma: so much food, so little time. Naturally, we gave it our best shot: Laurence tried an authentic Philly cheesesteak, I had the best crêpe I’ve ever eaten outside of France and between us we tried several flavours of ice cream at Bassett’s. Somehow, we resisted the temptation to try the chocolate-covered bacon . . .

Take a tour of the United States Mint

Taking a self-guided (free) tour of the United States Mint is a great opportunity to see something really different; after all, it’s not like you can do this in every city! No photos are allowed within the building and you’ll need to provide some government-issued ID in order to enter. Once you’re in, you can take your time to find out about the history of the US Mint in Philadelphia, see the coins being made and learn lots of fun facts along the way – such as this one: if a coin falls on the floor during the manufacturing process it cannot be used, as it is no longer in mint condition.

This is probably Philadelphia’s most iconic tourist attraction. The bell initially hung in the Philadelphia State House, until the large crack which developed down the side of it silenced it forever. The Liberty Bell was symbolic of freedom  and independence; the inscription on the bell reads “Proclaim Liberty Throughout All The Land Unto All The Inhabitants Thereof”. Visiting the Liberty Bell is free, but you might experience a short wait if you’re visiting during the peak season.

Calling all history nerds: here’s your chance to see inside the building where the American Declaration of Independence was signed. The only way to visit is by taking a tour; during the summer months timed entry tickets are required. If you didn’t manage to get a timed ticket to see Independence Hall during the day, during the summer there are shorter tours available between 5 pm and 7 pm (lasting 15-20 minutes) which will enable you to see and learn about the key events leading up to the signing of the American Declaration of Independence. Tours are free; visit the official website for more details. 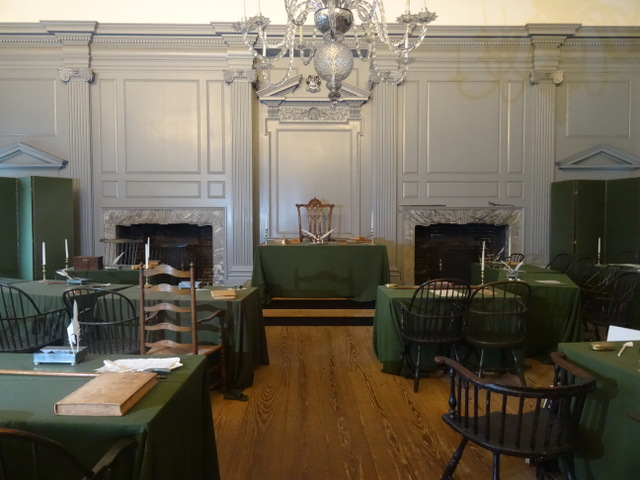 Refresh at Happily Ever After

Happily Ever After is a great little café; it was only a few minutes’ walk from our hostel, so was the perfect breakfast haunt! There’s a wide selection of drinks (including bubble tea) and cakes, waffles and pastries. I loved the décor (lots of pictures representing different films, such as Up and Tangled) and the only music played in the café is soundtracks to films – a nice change from hearing the Top 20 on repeat. 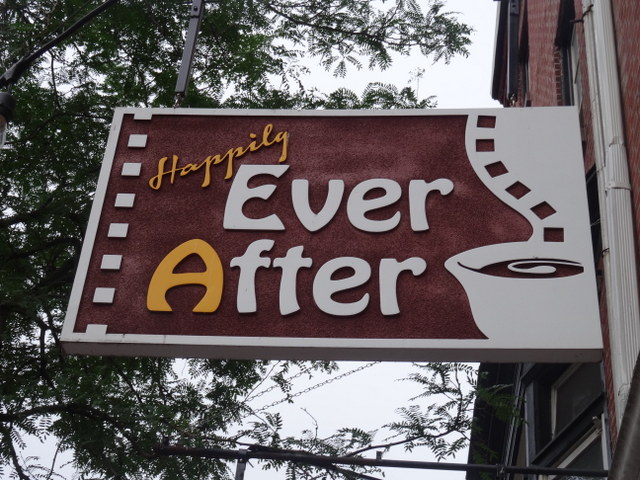 This small, quaint street is believed to be America’s oldest residential street. It makes a pleasant escape from the hustle and bustle of the main streets, and the houses are beautifully maintained. There’s a museum (which was unfortunately closed when we visited) and if you’re there at the right time their fête enables you to see inside the houses. Visiting Elfreth’s Alley was a little like stepping back in time – or crossing the pond and viewing a street that looked like it had been plucked straight out of the UK!

A short walk from Elfreth’s Alley will take you to the Fireman’s Hall: it’s a small, two-floor museum which is full of interesting displays about the history of fire-fighting, lots of historical fire engines and upstairs you can even dress up (yes, we did, no one is too old for that!) in old uniforms. It’s run by firemen (who are more than happy to have a chat to you and tell you more information if you’d like) and entrance is free, though donations are welcome. 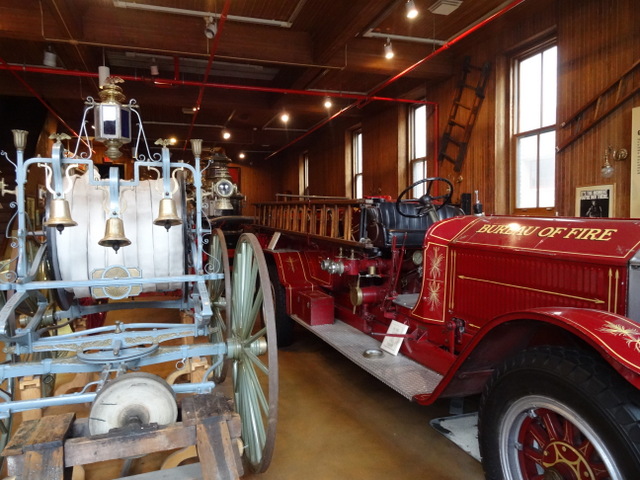 Betsy Ross was the woman who created the first American flag: thirteen stripes of red and white, with thirteen stars in a circle in the top right hand corner, representing the thirteen states which signed the Declaration of Independence. The Betsy Ross House tells her story: how she came to produce the flag, the problems she encountered and the legacy of her design.

Get a photo with the LOVE statue

It’s probably the most cliché photo you’ll have from your trip, but you can’t go to Philadelphia and not take said photo, right? It’s located in a small square, as you make your way out of the centre towards Fairmount Park.

In some ways, I felt that this was better than Alcatraz; perhaps this was because I didn’t have any expectations prior to visiting. The audio guide tour was really informative, enabling you to listen to additional information as and when you wanted to. There were art installations in several cells, such as a replica of a Guantanamo Bay cell inside an Eastern State Penitentiary cell. You’ll see Al Capone’s luxurious “cell”, discover how the penitentiary was created and have the opportunity to learn about prison life today in the US. The penitentiary also runs special events – such as days when visitors can try ‘Nutraloaf’, the all-in-one nutritional substance given to prisoner’s who fail to behave today. It’s hands down one of the best things to visit in Philadelphia, and students even qualify for a discount (upon presentation of valid student ID).